With Adjusted EBITA before Special Items of €661 million, earnings improved significantly in fiscal year 2021. In the prior year, a loss of €17 million was recorded. This was mainly due to operating improvements in the Gas and Power segment, which had a positive impact on earnings. In February 2021, Siemens Energy presented measures to improve its competitiveness, which are already showing an impact. For example, purchasing activities were bundled and parts of production optimized. In addition, savings have been made in material and personnel costs. With regard to personnel costs in Germany, in mid-September management and employee representatives reached a solution by concluding a reconciliation of interests and a master severance scheme. Adjusted EBITA margin before Special Items was also within the adjusted guidance range at 2.3%. Special Items amounted to €673 million in fiscal year 2021 and mainly comprised restructuring and integration costs as well as a small share of one-time costs still associated with the carve-out. Adjusted EBITA almost reached break-even with a loss of €12 million. In fiscal year 2020 the loss was still around €1.5 billion, caused by restructuring and non-recurring costs, portfolio-related impairments and write-downs. As expected, Siemens Energy closed fiscal year 2021 with a net loss of €560 million, due to Special Items and losses at SGRE. This was a significant improvement compared to the prior year’s net loss of around €1.9 billion. Free Cash Flow pre tax increased by 39.1% to around €1.36 billion.
In light of the favorable development, especially the strong cash flow, the Executive Board and the Supervisory Board intend to propose a dividend of €0.10 per share to the Annual General Meeting.
This was Siemens Energy's first fiscal year as an independent company. The energy technology company was fully spun off from Siemens AG in September 2020 and listed on the Frankfurt Stock Exchange on September 28. As early as December, the company was admitted to the MDax, and on March 22, 2021, it also became a member of Germany's highest share index, the DAX, which at that time still consisted of 30 stocks. Siemens Energy employs a total of 91,000 people and operates in more than 90 countries. The company focuses on the strategic areas of "low- or zero-emission power generation", "transportation and storage of energy," and "reducing CO2 emissions and energy consumption in industrial processes." An estimated one-sixth of the world's power generation is based on technologies from Siemens Energy.

In Q4, Siemens Energy benefited from high orders, which increased by 30.2% to €9.1 billion yearover-year, due to several large orders in both segments. In addition to the SuedLink grid expansion project, which will transport electricity generated by wind power from the North Sea to southern Germany, Siemens Energy won an order for the Sun Ba combined-cycle gas turbine power plant in Taiwan. The plant, with an installed electrical capacity of 1,100 megawatts, will be an important building block in Taiwan's energy transition, which aims to switch from coal and nuclear power to more environmentally friendly gas-fired power plants and renewable energies. For both segments, Q4 was the strongest quarter in fiscal year 2021 in terms of revenue, with Siemens Energy's revenue increasing by 7.4% to €8.2 billion. The Gas and Power segment achieved considerable growth, while SGRE kept up the strong level of Q4 in the previous year. The service business also proved to be resilient and profitable in the past fiscal year and contributed to revenue. Adjusted EBITA before Special Items at Siemens Energy was negative at €46 million. This was mainly due to a loss at SGRE, which could not be offset despite a strong operating improvement at Gas and Power. The past quarter was negatively impacted by Special Items of €281 million, mainly due to the measures taken to enhance competitiveness at Gas and Power. Accordingly, Siemens Energy's Adjusted EBITA was negative at €327 million, compared with a loss of €332 million in the same quarter a year earlier. The net loss in the fourth quarter decreased only slightly by 1.9% compared to the prior-year’s quarter to minus €383 million. This was caused by negative earnings development at SGRE due to project burdens in the onshore business and start-up costs in a production area for offshore platforms. On the other hand, Free Cash Flow pre tax improved sharply, rising by almost 40% yearover-year to €985 million, benefiting from early project payables and successes in asset management.
Maria Ferraro, CFO of Siemens Energy AG: "Our results today demonstrate our strategy for Gas and Power segment announced last year at our Capital Market Day is paying off. We have achieved significant improvements in operating profit and ended our first full year as a company with extremely strong cash flow. Although we still have a lot of work to do to achieve our mid-term goals, with the steps we have taken this year, we are well on our way.”

For this press release 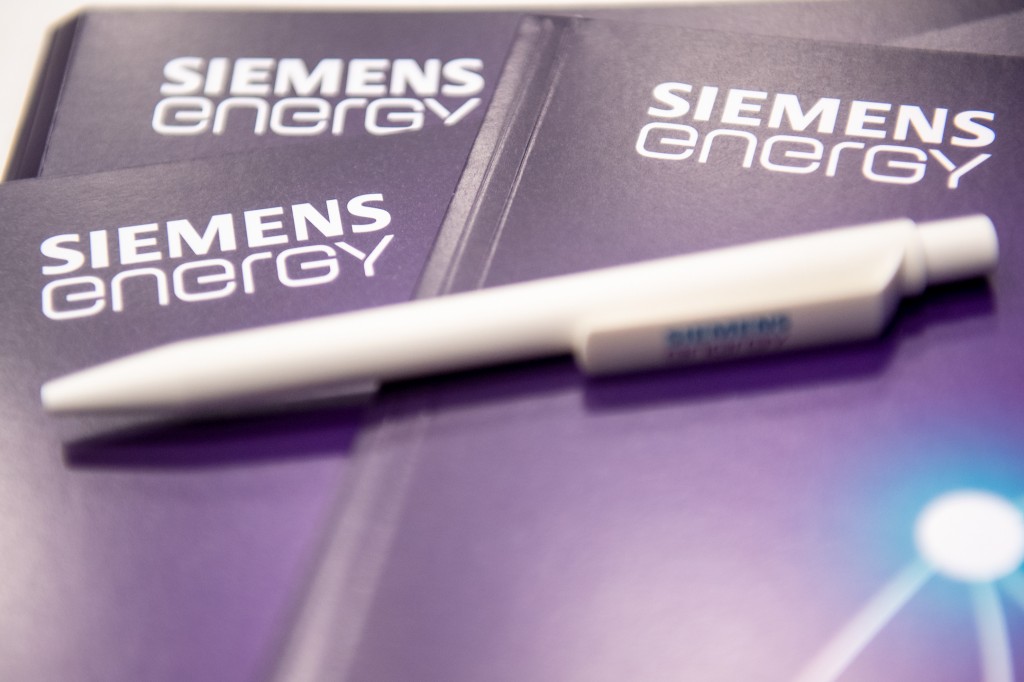